If you’ve been watching our Instagram Stories, you might’ve caught me feeding Joey some Miyeok Guk or Korean seaweed soup for lunch or dinner. It’s her absolutely favorite food. It’s so easy to make and is something she eats pretty often. 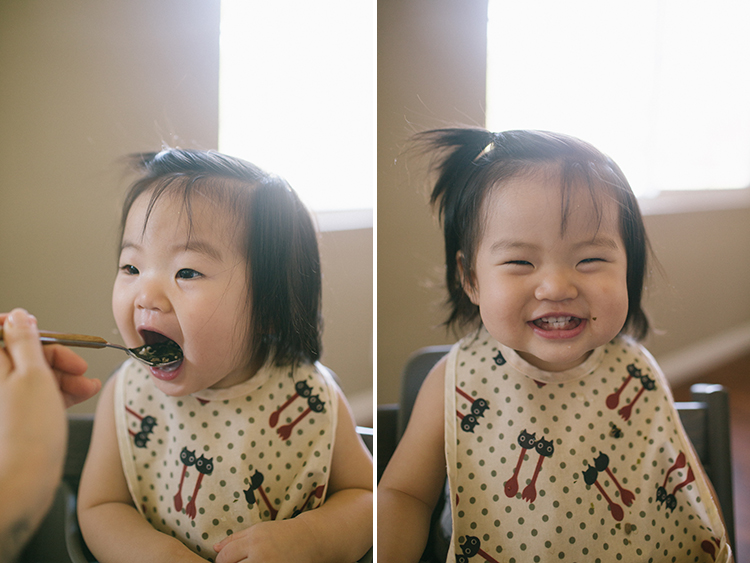 Miyeok Guk is a Korean seaweed soup which mothers eat postpartum for at least the first few weeks after giving birth because of its amazing health benefits. It helps with lactation/breastmilk supply and is known to be the best thing for mothers in recovery, at least in Korea.

I ate this soup with rice for about 2 weeks straight along with a very simple no-salt/no fried diet (for a month) and I have to say it did make me feel like I was recovering quicker than I expected, I didn’t feel lethargic or tired like I thought I would be and I had a pretty good breastmilk supply by the end of the first week.

It was tough being on a strict no-salt diet and eating this soup 3-4x a day for two weeks but I have friends who have done it for a month! The fish sauce has sodium in it so it was the only amount of sodium I had. Everything else I ate, for example, salmon, I had to only season with lemon.

I will admit though that I feel strongly that it did help me with postpartum recovery, especially in the area of breast milk production. The Koreans started this postpartum tradition after they noticed centuries ago that whales would eat massive amounts of seaweed after giving birth to nurse their calves. I don’t know how much of that is true but that’s how the tradition started!

Miyeok Guk is also known as Korean Birthday Soup and is commonly eaten during birthdays because of this tradition. 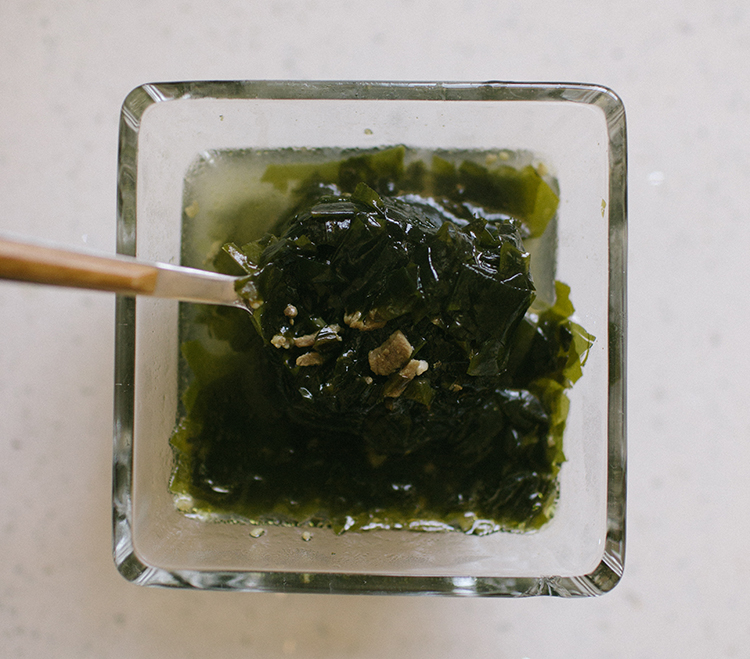 Miyeok/seaweed is actually a super food as it contains a great source of calcium, iodine, fibre, omega acids, vitamin B1 & B3, while low in calorie. It helps with metabolism, blood circulation and purification, constipation relief, detoxification, anti-carcinogen, anti-aging etc. No wonder the Koreans love this stuff!

There are many different variations of Miyeok Guk but since so many of you asked for my specific recipe that I use for Joey, here it is. 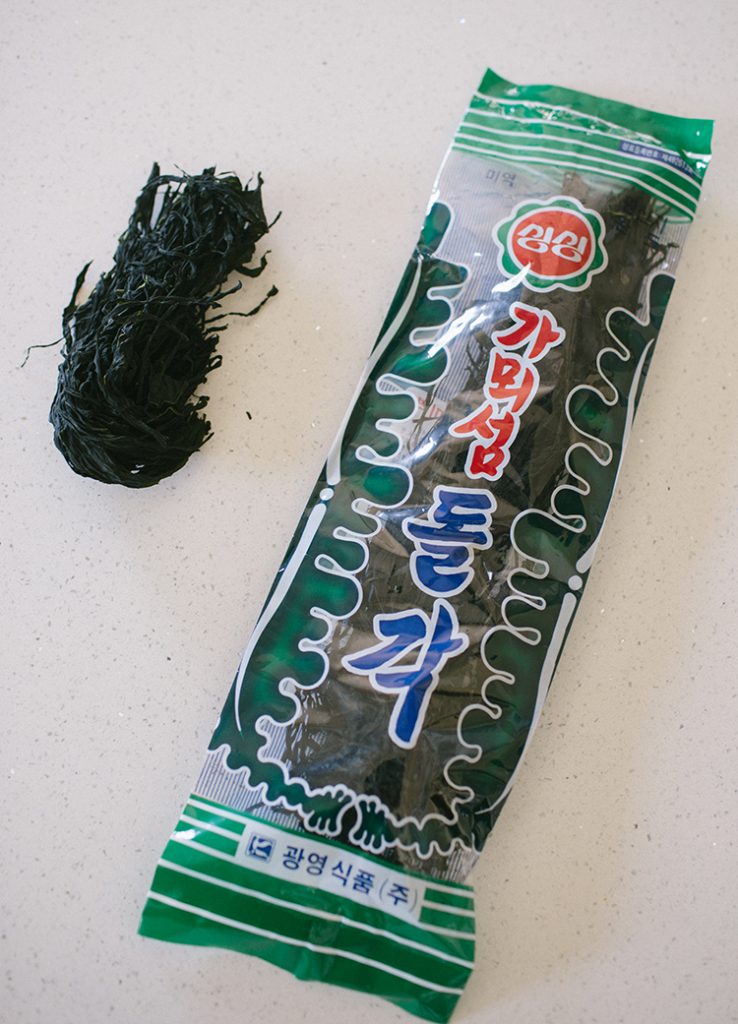 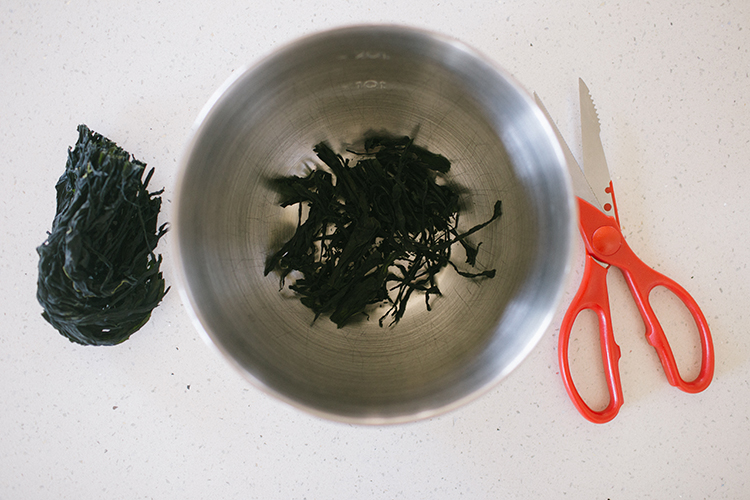 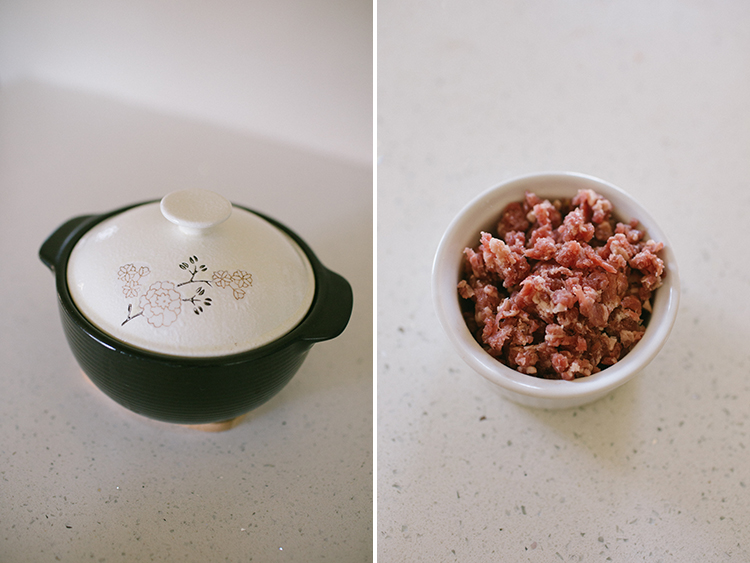 I like to use my Korean Stone Pot instead of my other cooking pots because it doesn’t leave a stain where the top of the soup is and it retains the heat longer than my stainless steel pots.

In general I like to cook simple things like pasta and boiling water in my stainless steel pots as soups tend to leave odors behind. You can find a Korean Stone Pot here. You can cook Bibimbap in there as well, which is a fav Korean dish of mine. 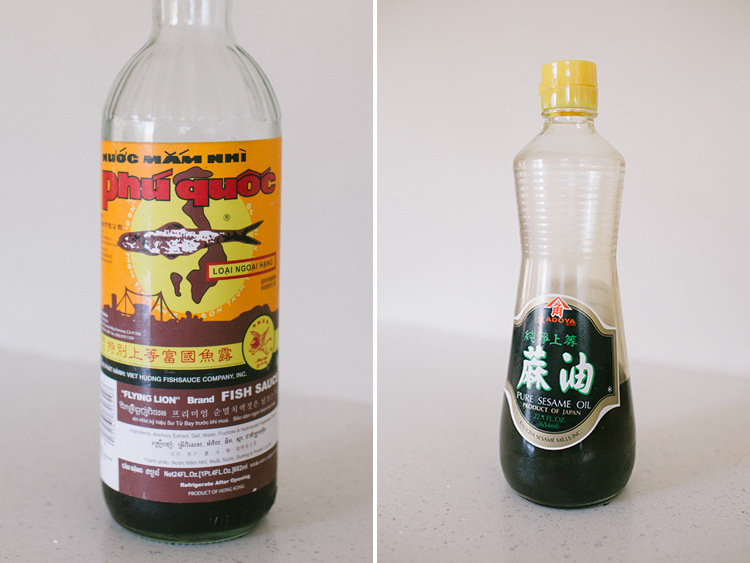 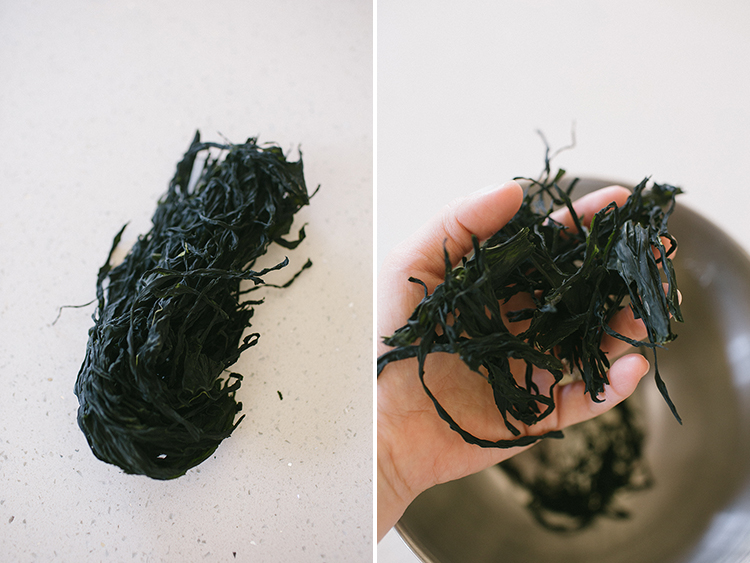 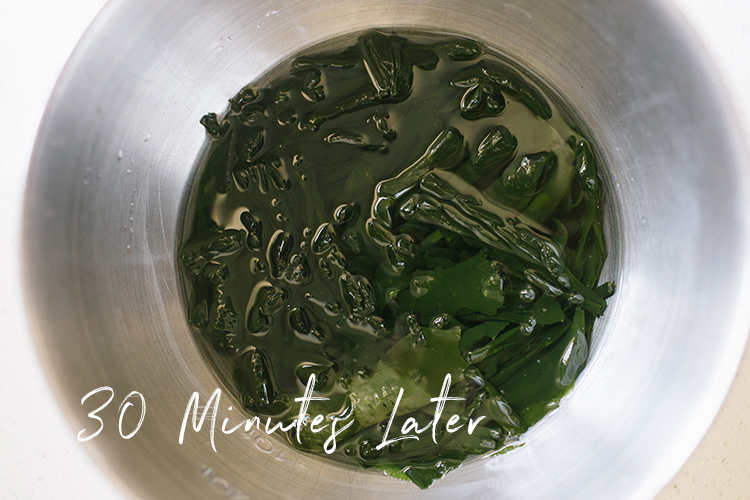 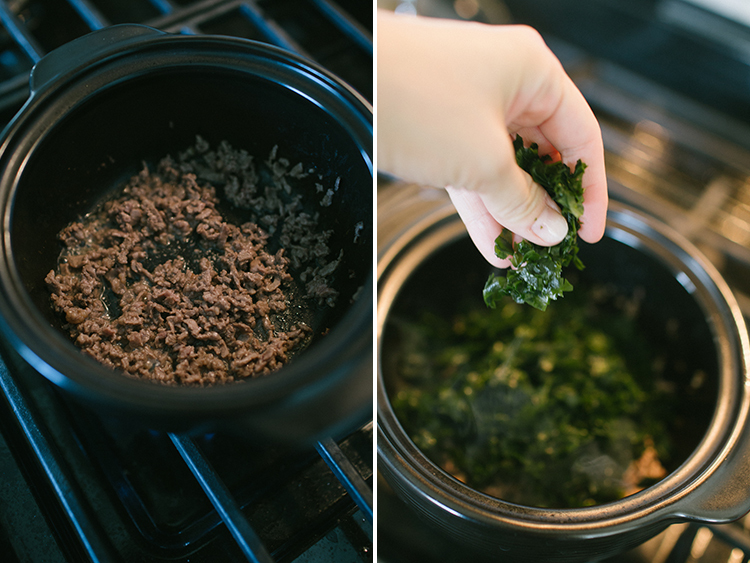 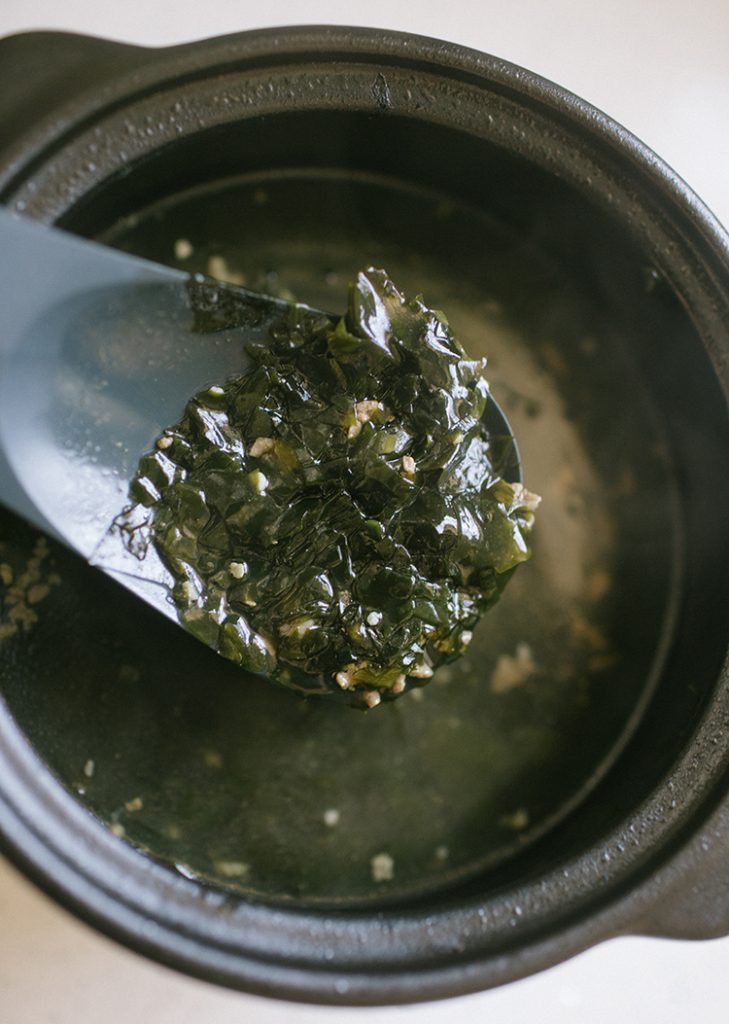 For Joey, I like to use this Seven Grain organic rice which includes brown rice, barley, millet, flax seed, wheat, red quinoa, and wild rice. I got these at Costco. 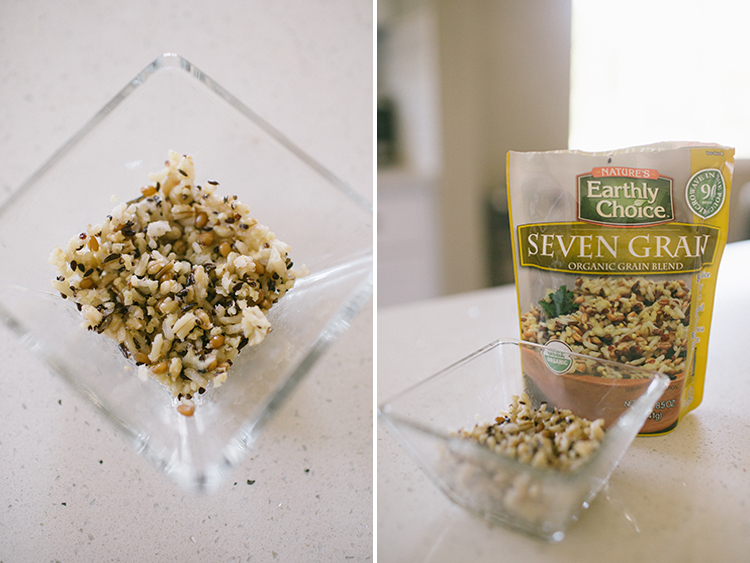 Sometimes I make a larger batch and keep several portions in the freezer so I can whip them out if I’m pressed for time for a meal prep. The regular version of this recipe is a little different as most people use soy sauce but I prefer the flavor of the fish sauce far more better. You can also substitute the beef with chicken, shiitake mushrooms, abalone or mussels. You can add tofu if you’d like as well! It’s a super healthy dish and hopefully your little ones will love it as much as Joey does! 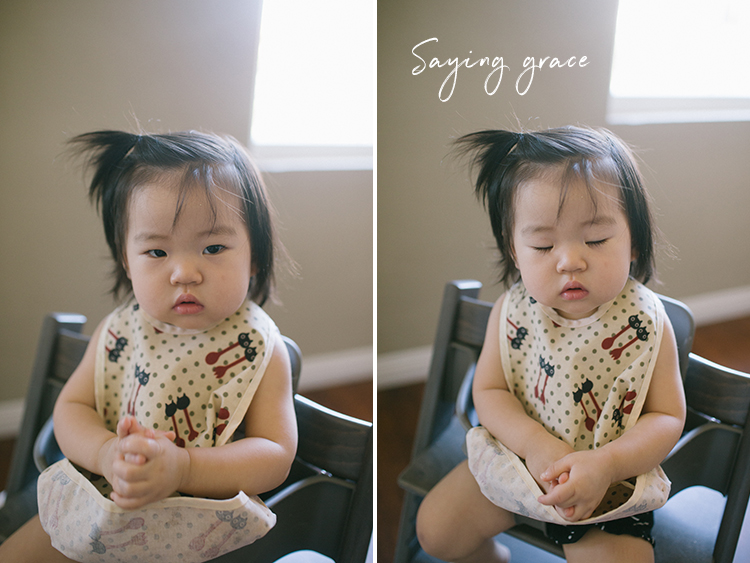 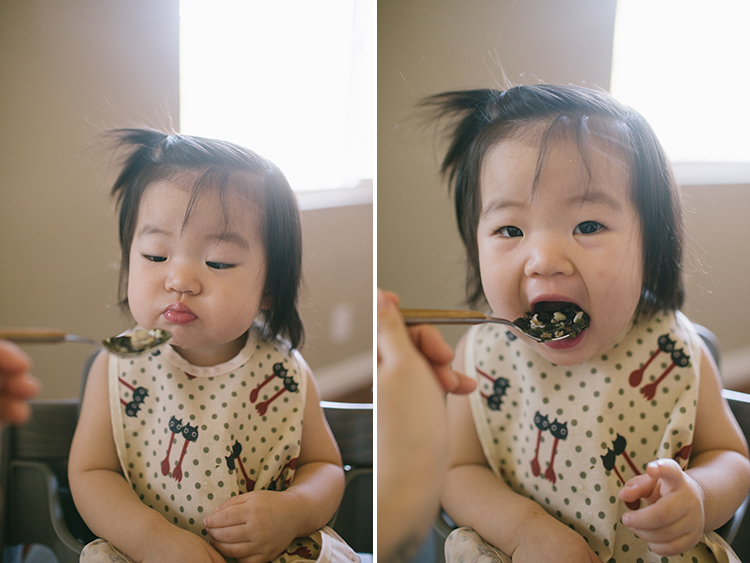 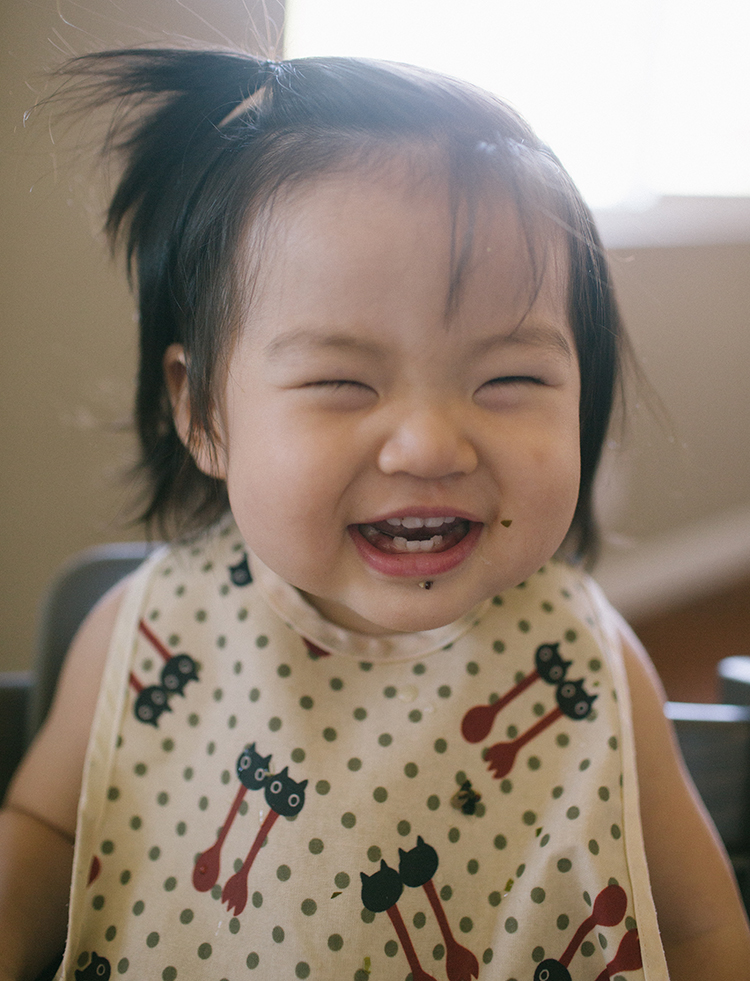