If you’ve been following me for a while, you’ll probably know that I love all things miniature. So when I was asked by the SoCal Honda Dealers to create a holiday DIY craft, I decided to try something I’ve always wanted to do: make a miniature winter landscape! I’ve seen many versions of this in mason jars, vases and even trifle bowls but I wanted to try one in a wooden lantern that I had laying around and use this opportunity to learn how to use polymer clay for the first time. After trying to make a miniature car out of clay, I now have a new found respect for artists who do this but in even smaller versions. It’s not easy but it’s not impossible either so you can try it out yourself!

The reason why I partnered up with the SoCal Honda Dealers to do this DIY project is because I love what they’re doing with their #RandomActsofHelpfulness campaign and wanted to spread the word. They have been doing random cool things like surprising families throughout the holiday season all over Southern California (OC, LA, Ventura, San Bernardino and Riverside counties) by just being helpful!

For instance, keep your eye open for the Helpful Guys in Blue who will be popping up at 4 different Christmas Tree lots across SoCal where they will be surprising families there with free Christmas trees. Also between now and Christmas, their tanker truck will surprise Honda drivers at gas stations across SoCal with free gas!

Follow the SoCal Honda Dealers on social media for hints as to where they’ll be! You can find out more about their upcoming local community events at https://www.facebook.com/socalhondadealers.

[This blog post is sponsored by the Southern California Honda Dealers]

Things you need: A decorative lantern. I got mine here. 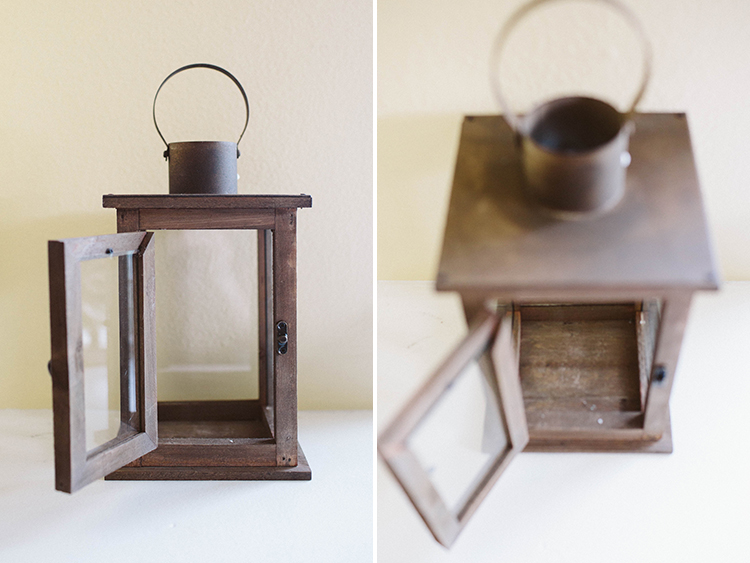 I had these miniature trees and they were the perfect size for the lantern. I got mine from Michaels but you can find them here. 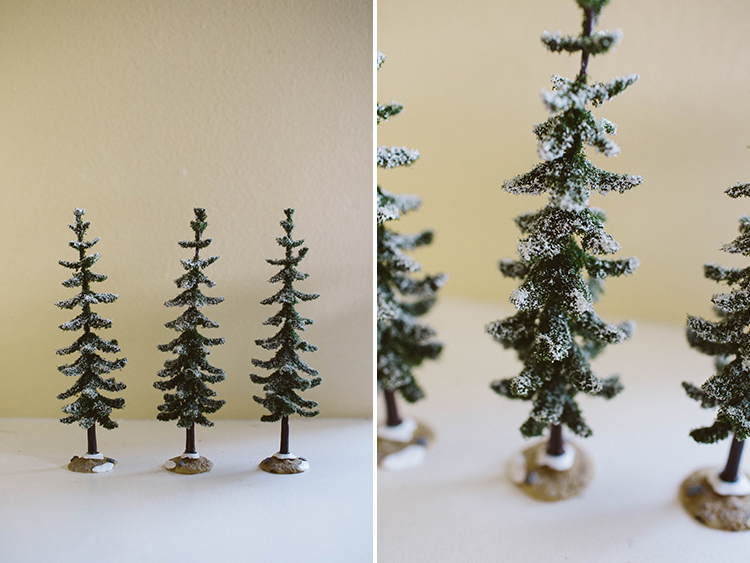 I took the glass from an unused photo frame to use as my workspace with the polymer clay. There are various types of polymer clay but the one I used was this one. 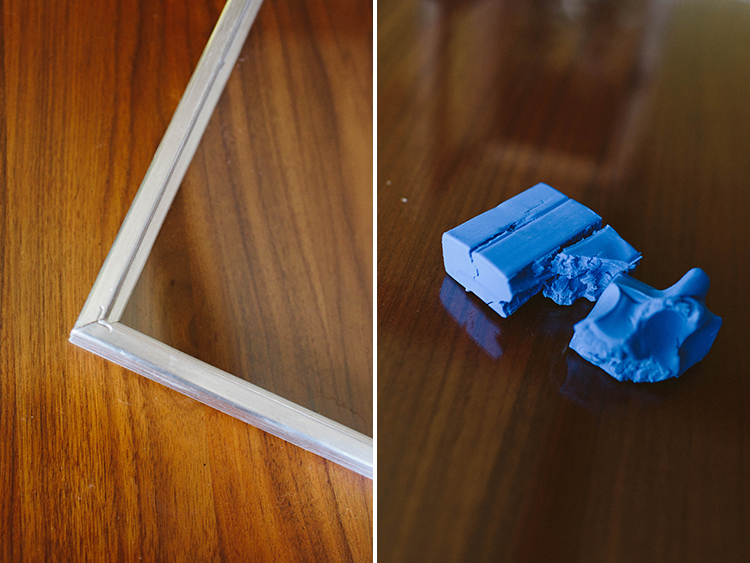 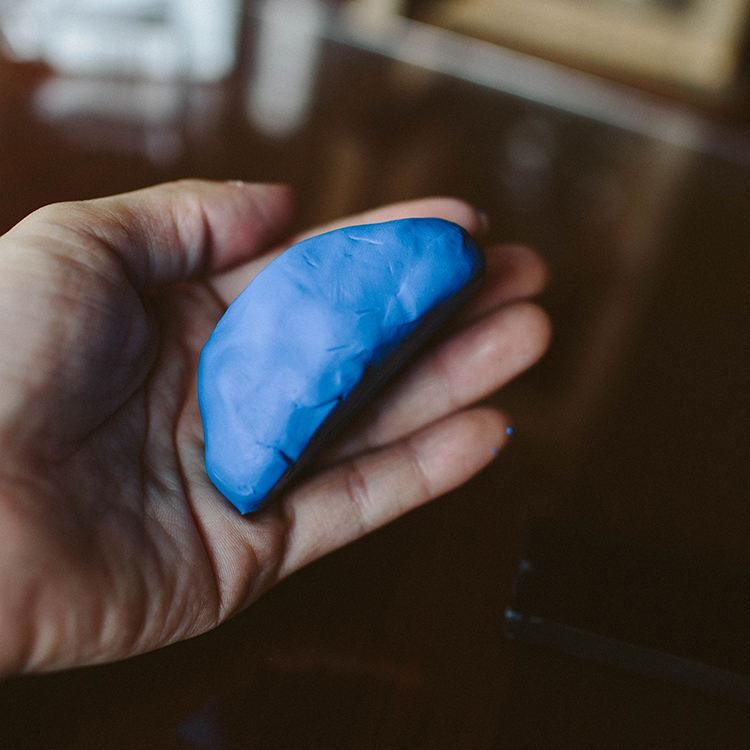 This was probably the hardest part of this whole project. It’s no joke trying to make something out of literally nothing! The polymer clay was easy to work with however as it ended up being very easy to mold and shape even after working at it for more than an hour. Yes…this took me an hour haha. Polymer clay remains workable until cured in the oven so you can keep using it until you’re ready to pop it in the oven. Even after you cure it, you can always add more of the polymer clay if you feel like adding more to it and then put it in the oven again. 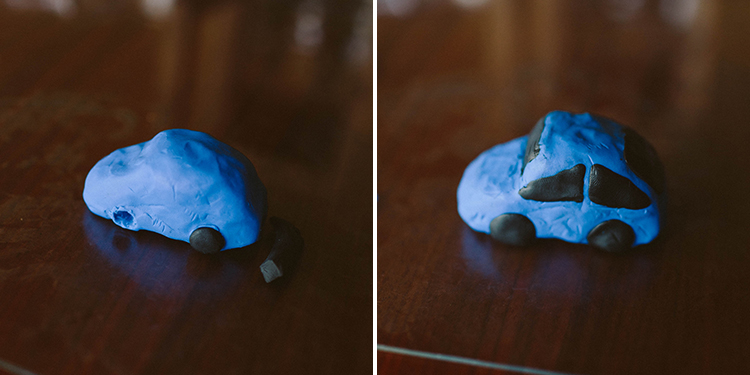 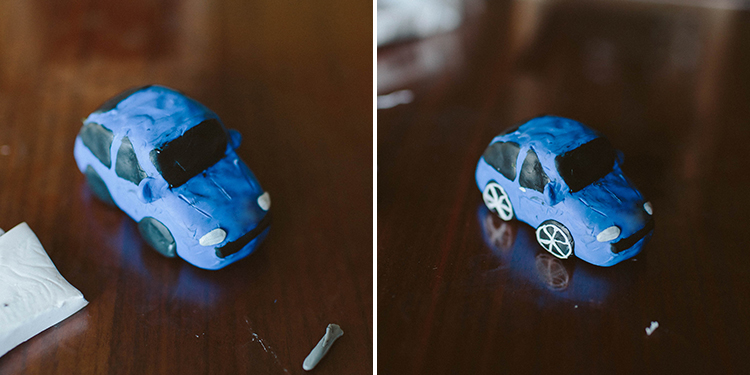 When you’re done with your clay figurine, it’s time to cook! Depending on the size of your figurine, curing occurs at temperatures from between  265 °F (129 °C) to 275 °F (135 °C) for 15 minutes per 1⁄4 inch (6.4 mm) of thickness. You can use your home oven for this. I used my toaster oven and it worked fine! To avoid it from burning I added a foil tent to block. Doesn’t it look like a little car port? How cute is that little Honda decal? This is exactly why I love miniatures. It just tickles me how cute everything is in tiny form! 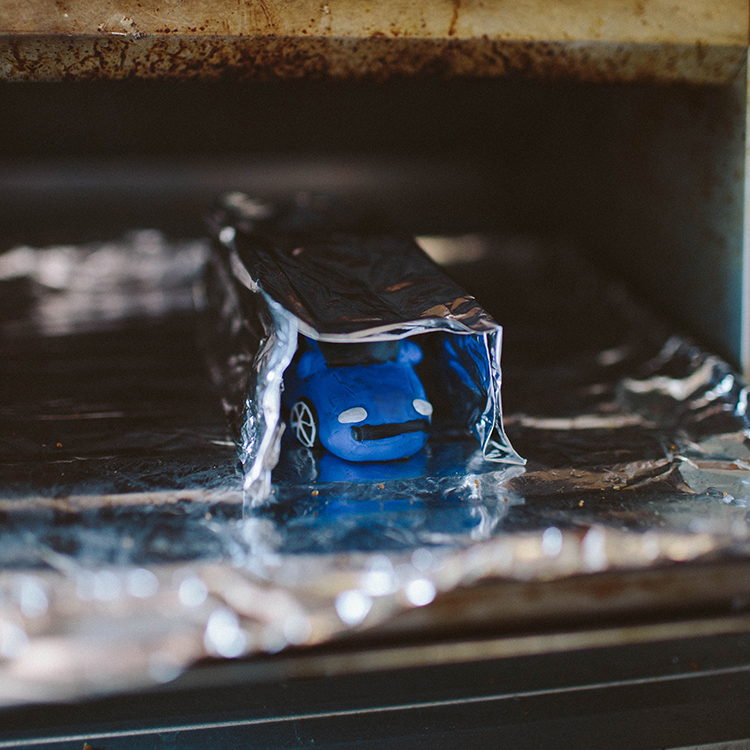 I used a copper wire string light that I received in a gift from one of our fans who included it with a Moana ornament for Joey (her favorite thing to play with right now! Thank you!). I used a velcro sticker to attach it to the top of the lantern.

Next I took some green felt, bunched it up and placed it on the bottom of the lantern. I then arranged a couple of the decorative trees on top of the felt. 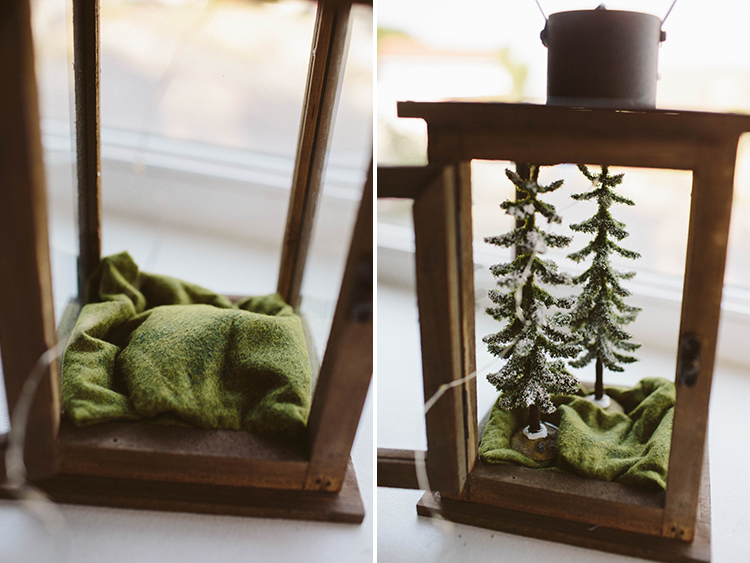 Found these miniature gifts that literally made me squeal. They were the perfect size for the car! 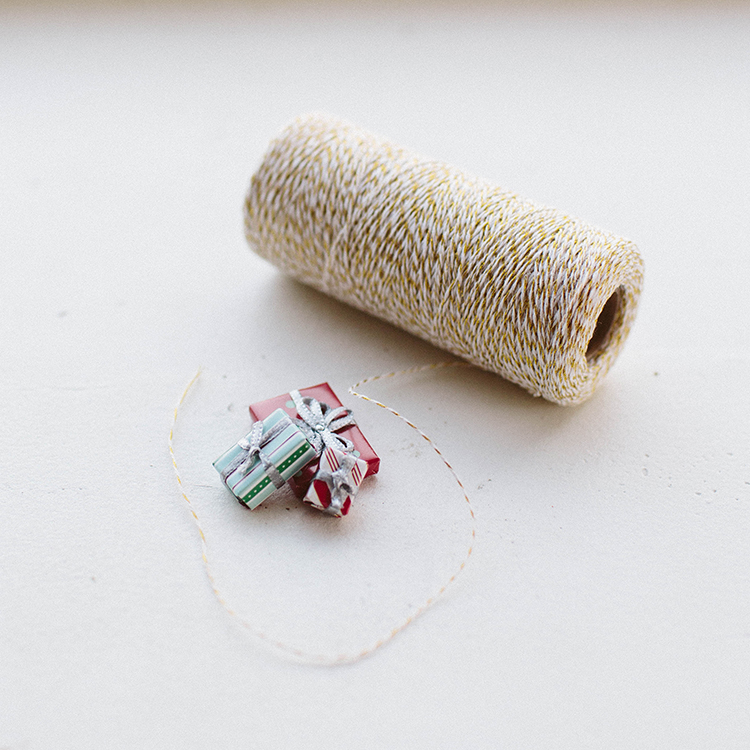 I took the car out of oven, I let it sit in a pool of ice water before adding the presents on top. 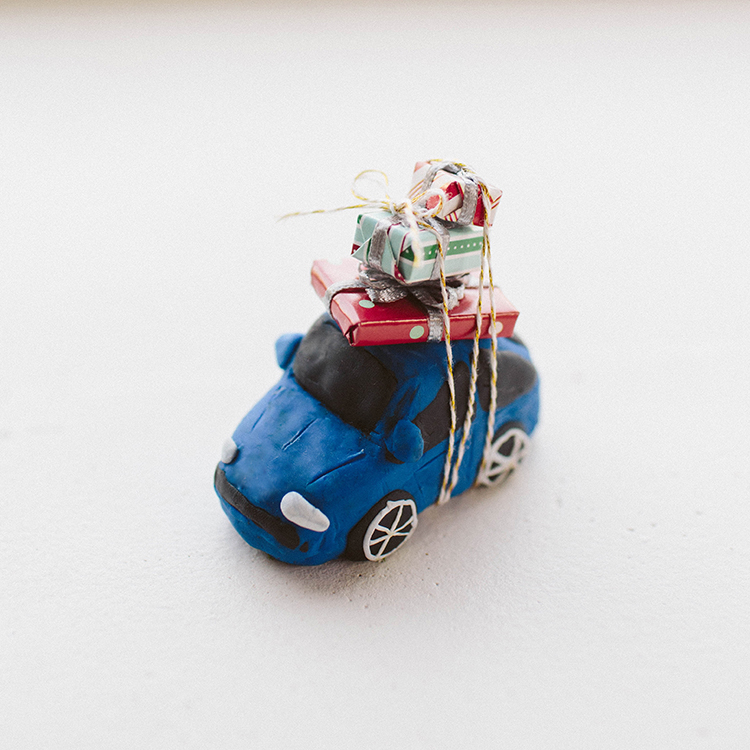 Next I took fake snow powder and used a spoon to add to the landscape bit by bit. 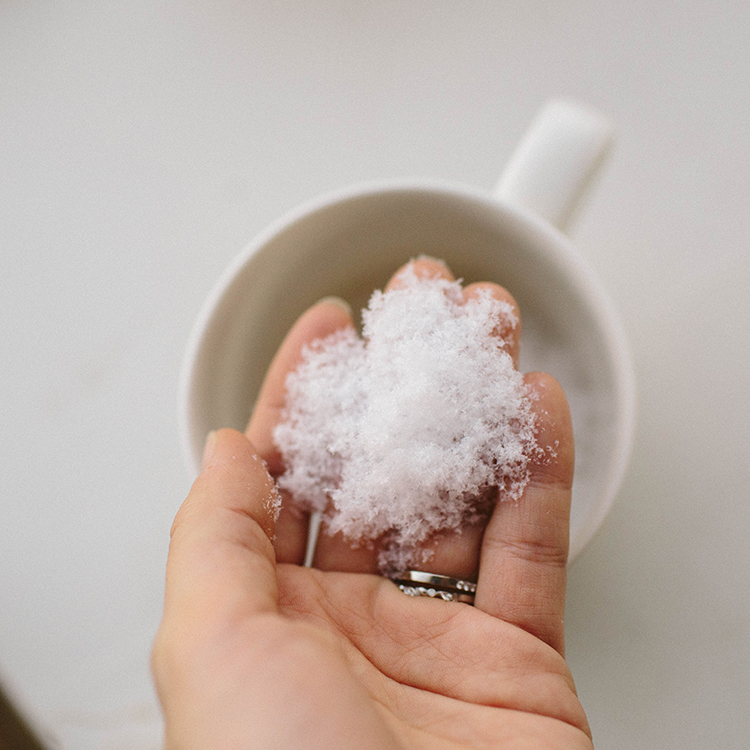 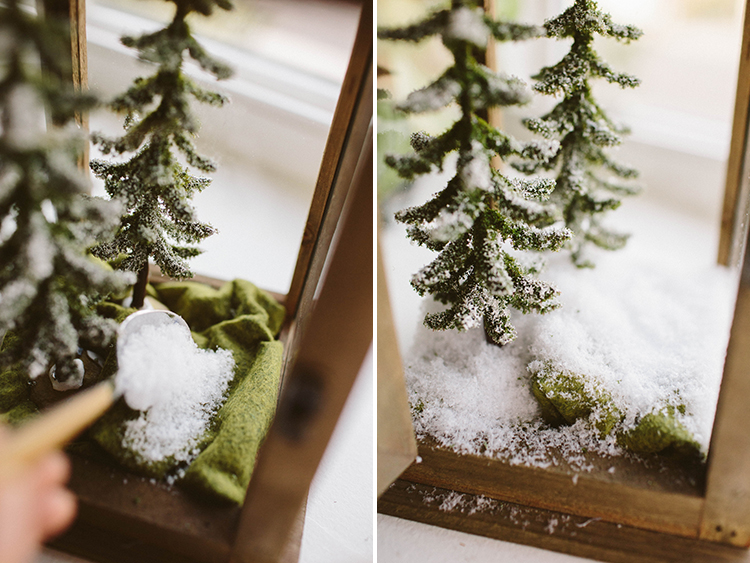 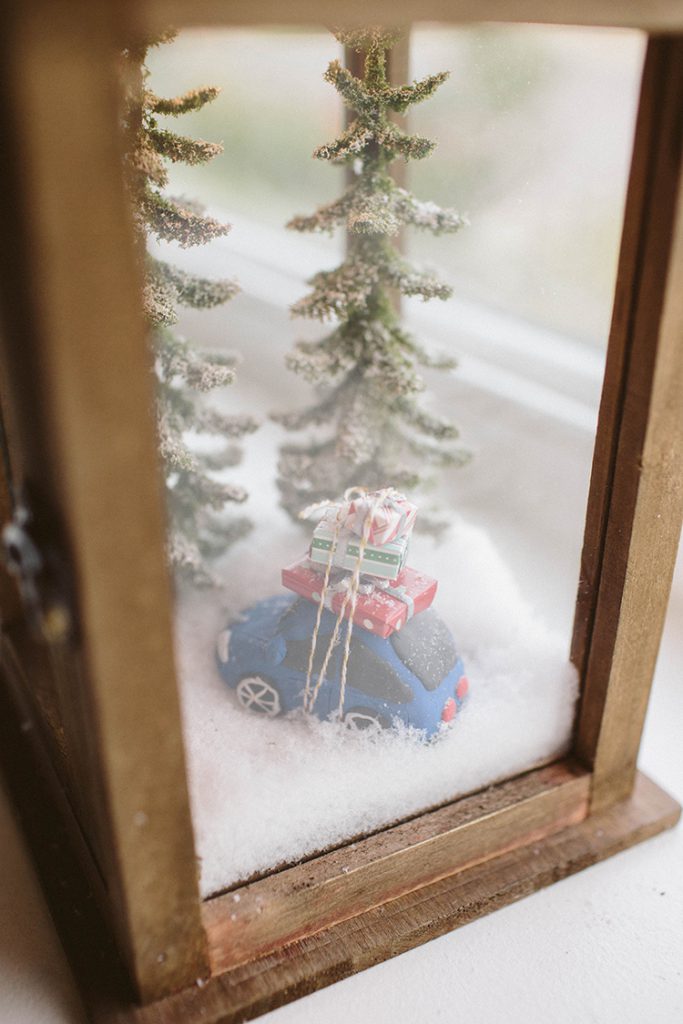 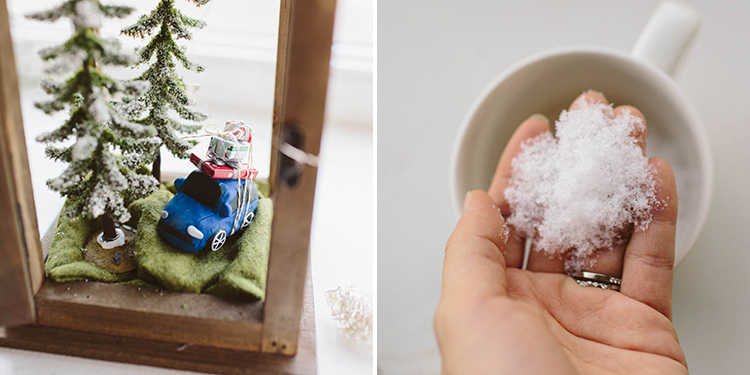 I added the string lights to crowd to the top and left a few to run through the snow so that it would illuminate the ground as well. After Joey woke up from her nap, I asked her to help me add more snow into the landscape and she was more than willing! Love that we can now do projects together! 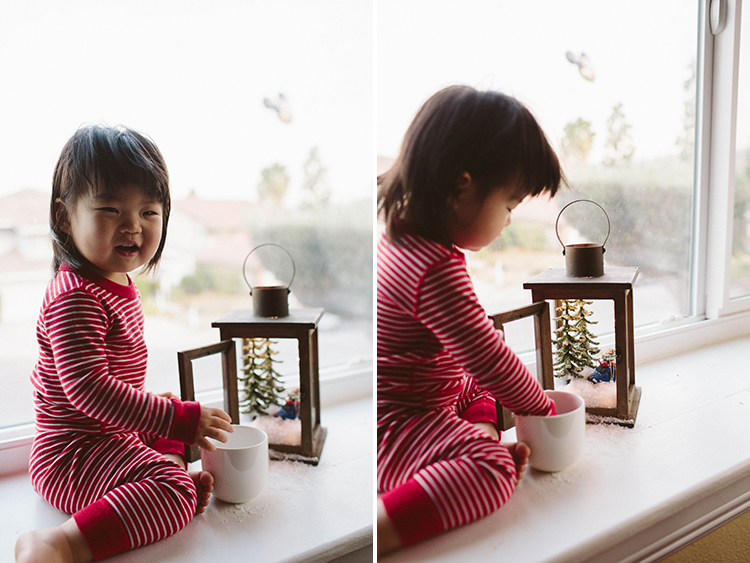 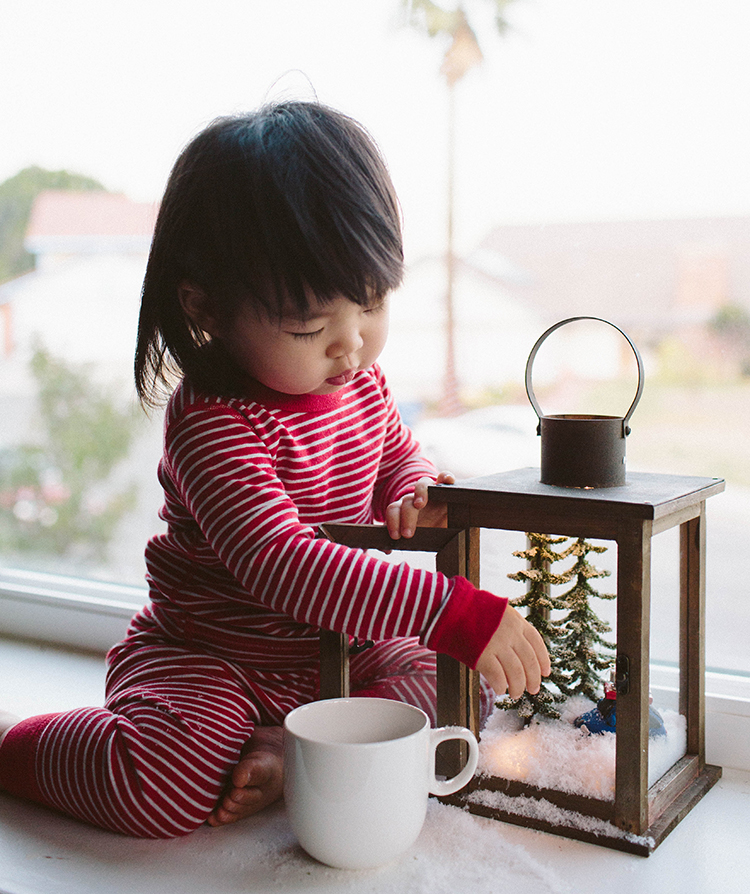 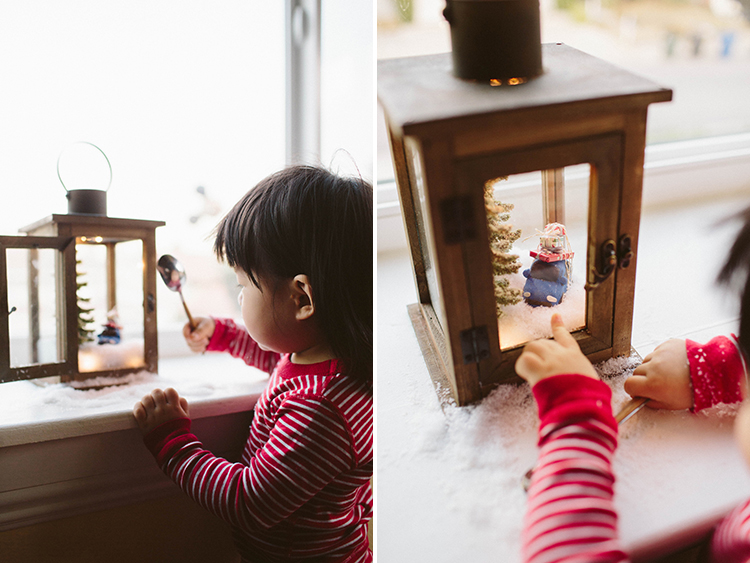 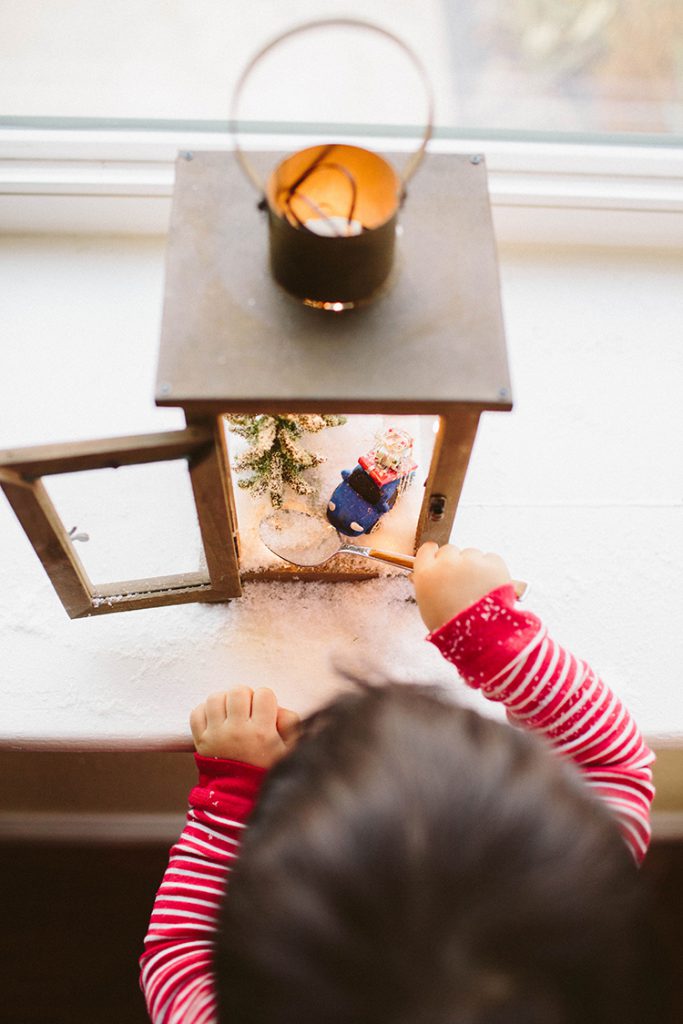 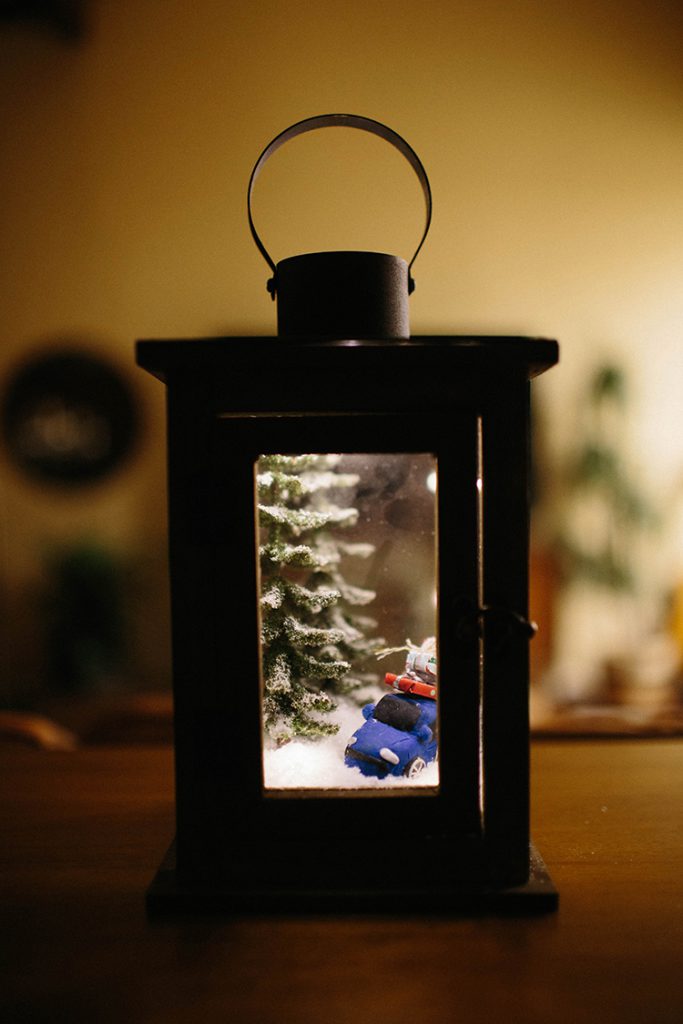 I've noticed Joey getting down on herself sometime